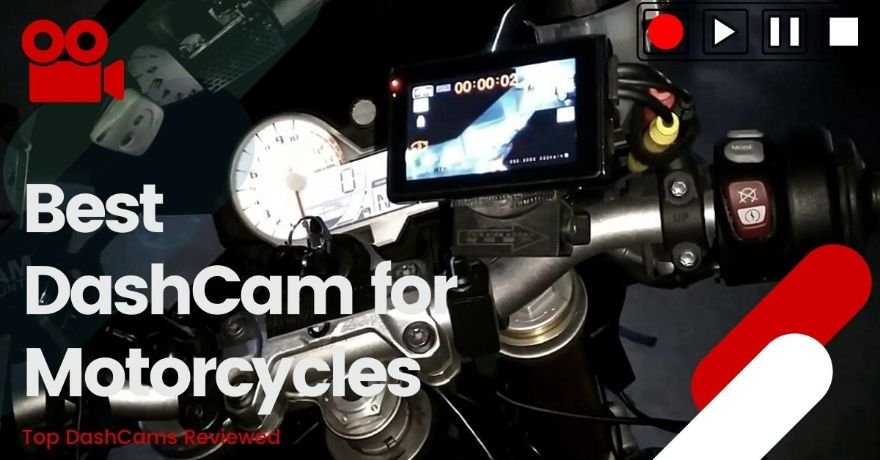 Accidents happen when you least expect them especially to motorcyclists who are more exposed as compared to someone in a car. A motorcycle dash camera can be a savior in case of an accident to prove yourself in a court or to identify a vehicle in a hit and run case.

Motorcycle dash cams are similar to the ones used in cars except they are used outside which means they are exposed to harsh weather conditions such as rain, snow, dust, and extreme temperatures. 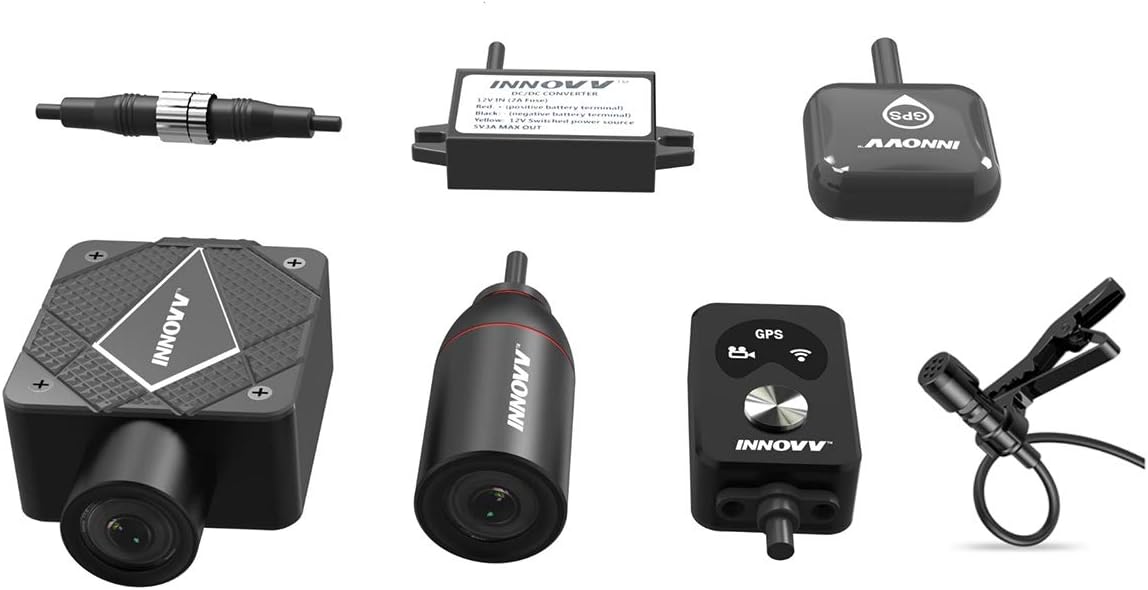 Considering the security of motorcycles, the K5 is a dual-channel camera system made from CNC aluminum. The camera has a G6 lens with a 120-degree angle view on both front and back to keep your motorcycle secure from both ends.

Innovv K5 system is designed to be hard-wired and sets you free from checking the battery status. The dashcam is supported with dual-band Wifi which makes it a smooth experience to connect to its proprietary app for iOS and Android to let you watch live recordings and share your footage with friends and family on social media.

The K5 features a Sony 8 megapixel sensor on the front to capture footage in 4K Ultra HD/ 1080P full HD at 30 fps. Also, the maximum supported memory capacity is 512 GB.

What makes the K5 special is the intelligent parking mode that triggers auto-recording when you park the vehicle, monitoring your motorcycle for any movements when you are away. GPS tagging comes as a standard where speed and location are logged into each recording. 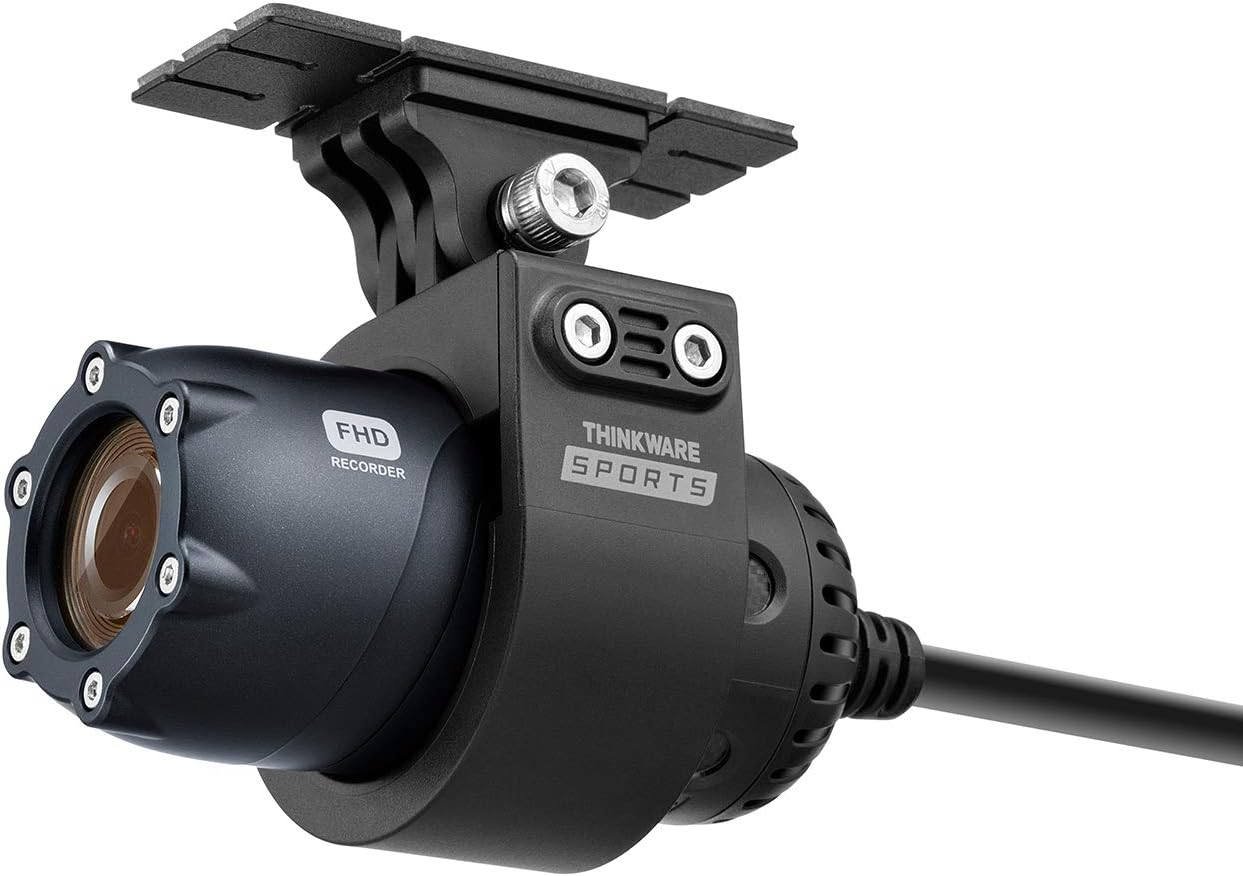 The two-channel camera system shoots full HD 1080P for both the front and back of your bike with its wide viewing angle and wide dynamic range (WDR) for the proper contrast and exposure under any environment.

The dashcam features a Sony STARVIS sensor that helps to capture cinematic full HD 1080 videos of both front and rear view with Super Night Vision 2.0 technology that reduces noise and enhances the image quality in low light conditions.

Equipped with the advanced electronic image stabilization (EIS) feature, the camera reduces motion blur and vibrations to ensure smooth video recordings. A built-in GPS helps you to track your speed, which is straight away logged into your video footage.

The motorcycle dash cam has its proprietary mobile APP that helps to review recorded videos and configure the dashcam settings. The M1 is IP66 rated for water resistance and integrated with thermal capacitors to handle extreme temperatures. 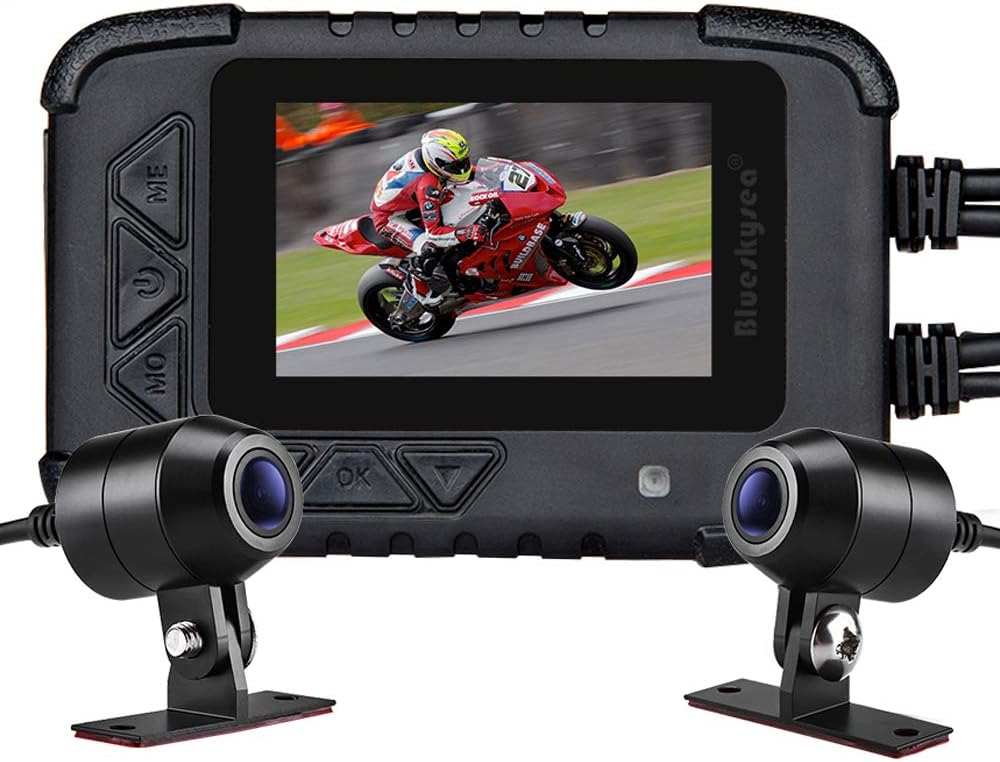 The DV688 is a two-channel camera system with front and rear lenses with a 130-degree wide-angle view. The device equips Sony 323+6 light sensors on both front and rear cameras to shoot high-definition 1080P videos.

Both the cameras and the DVR are IPX-6 rated, which means you don’t have to worry about rainy days since the system is waterproof and can handle heavy rains. The device supports a maximum storage capacity of 128 GB.

DV688 has a loop recording feature that automatically overrides the older files once the SD card is full. Also, the loop recording time can be set accordingly as 1-2-5 or 10 minutes. The GPS features come as optional in the device, while it has a built-in microphone that can be controlled remotely.

The blueskysea has a small 2.35” LCD screen on the DVR, comparatively bright at night. It also features a G sensor lock which automatically locks the video footage in case of an event and saves them permanently. 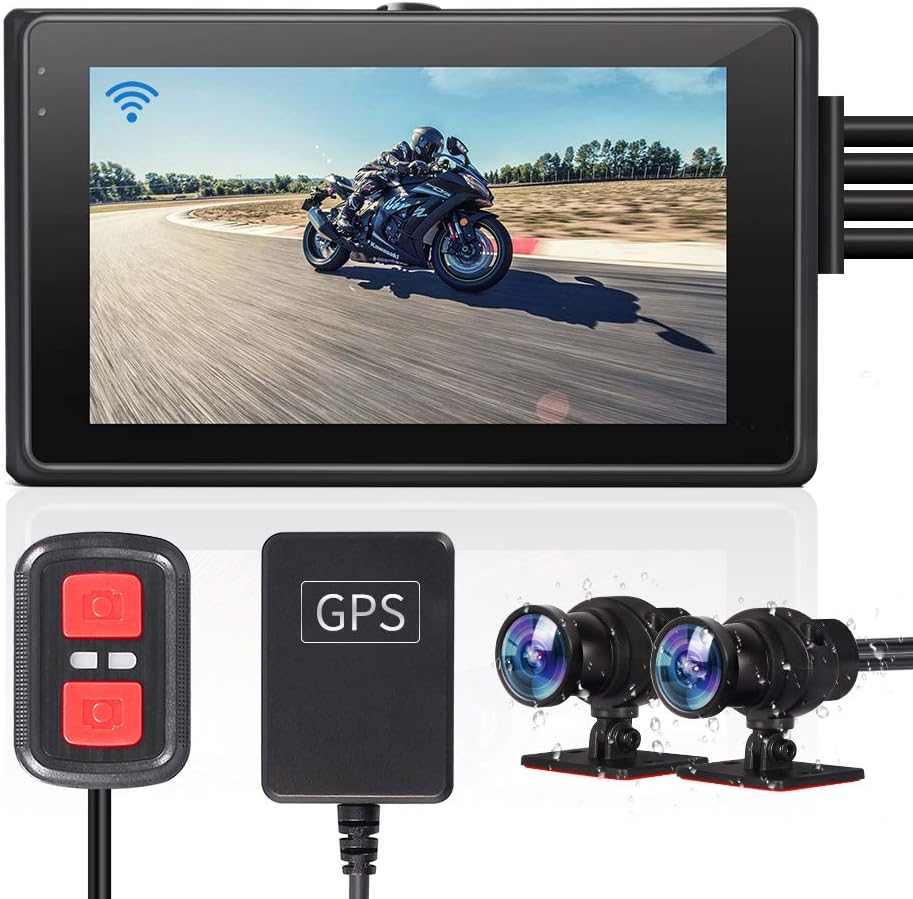 The camera features a Sony IMX323 sensor that shoots videos at 1080P resolution with a super night vision feature to capture crisp video at low light conditions. The dash cam is IP67 rated, resistant to water, whereas the DVR has a 3” LCD screen to watch the live footage when needed.

The device is designed to be hard-wired with the motorcycle battery or connected via a USB port on the motorcycle. With built-in Wifi and a proprietary mobile APP, the videos can be shared and transferred easily.

The Vsysto also features an auto-looping system to save memory storage and reuse them. It also has a G sensor to detect any motion to save the captured video automatically. 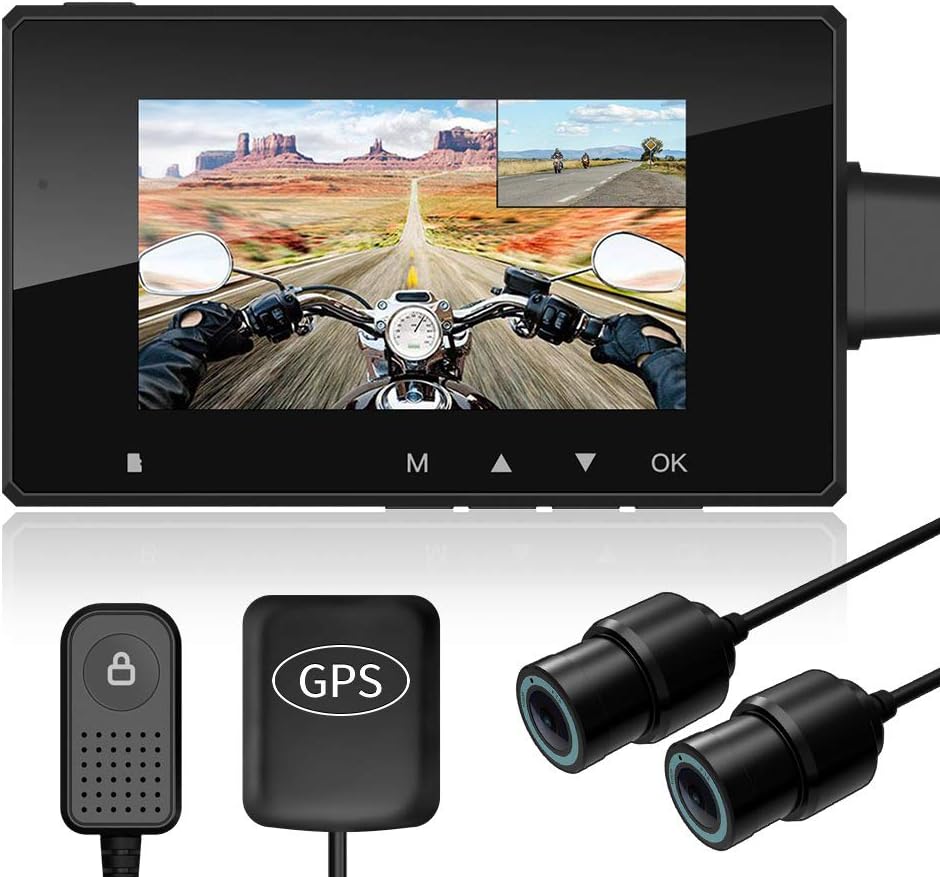 The best motorcycle dash cam should be able to provide ultimate riding safety and pleasure. And that is what the Halocam F1 promises it to be with its dual 1080P full HD resolution cameras—fused with the Sony IMX323 CMOS sensor to enhance imaging performance in a dark light environment.

With the F1.8 large aperture, the cameras can capture 30% more light to serve super night vision. The dash cam is designed to capture more scenery with its 155-degree wide-angle for a large view.

With its mobile APP and built-in Wifi, the device is easy to connect and share. Users can watch real-time videos, download, edit videos – add music to them, and share directly from their phone.

The device comes with a GPS antenna that tracks your riding route, letting you know where you’ve been. There’s also a snapshot button that enables you to take pictures along with a 15-second video at a single click.

The device can be connected to the motorcycle’s ignition switch or a USB port, giving you peace of mind to forget it. Apart from the central unit (DVR), both the front and back cameras are IP67 waterproof and dustproof.

The maximum storage capacity of the unit is 256 GB and has a loop recording with a lock protection feature, meaning it does not overwrite the locked video. 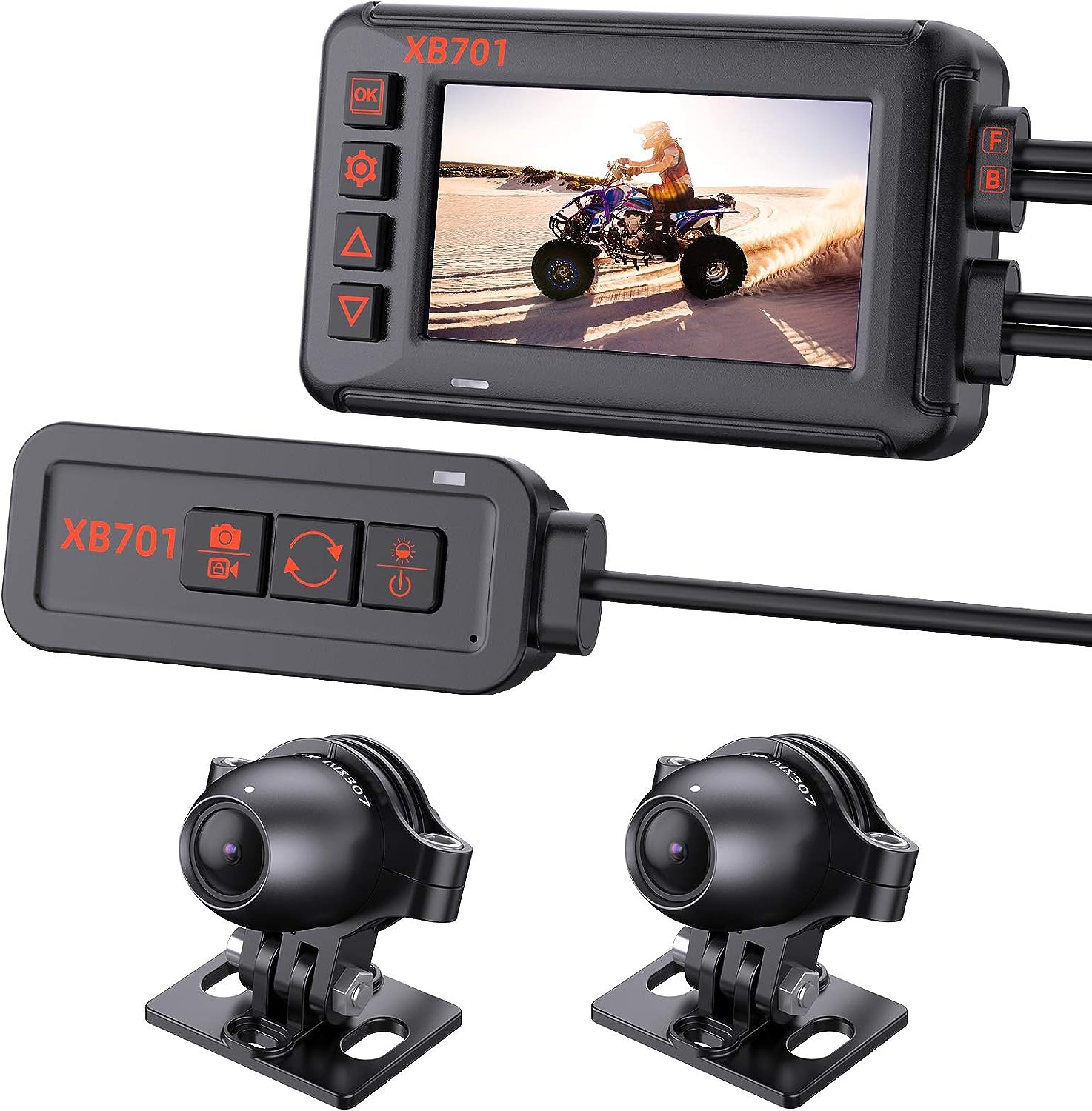 With the XB701, Blueskysea is one of the best motorcycle dash cam manufacturers in the industry. The dual camera features a 1080P Sony IMX307 CMOS sensor high resolution 6G all-glass camera with AR optical coating. United with an F1.8 lens to capture more light to provide superior night vision.

The central unit has a 3” monitor with a dual interface system, a video display interface, and a data table interface that displays altitude, maximum speed, as well as real-time speed, compass, and air pressure. The entire dash cam system is IP67 fully waterproof, along with the monitor screen.

The XB701 is built with G sensor technology that automatically saves and locks footage during collisions; there’s also a manual remote control button to lock important footage. Not to forget, the device has a maximum storage capacity of 256 GB with a loop recording feature and a parking monitor, which secures the bike when you’re away.

Blueskysea has a built-in Wifi to connect with its mobile APP, making it easy to control the device and share videos directly from your smartphone. The GPS tracking feature displays speed along with latitude & longitude on your monitor.

For a better video experience, electronic image stabilization is added to stabilize the footage and make it smooth if you decide to go off-roading. 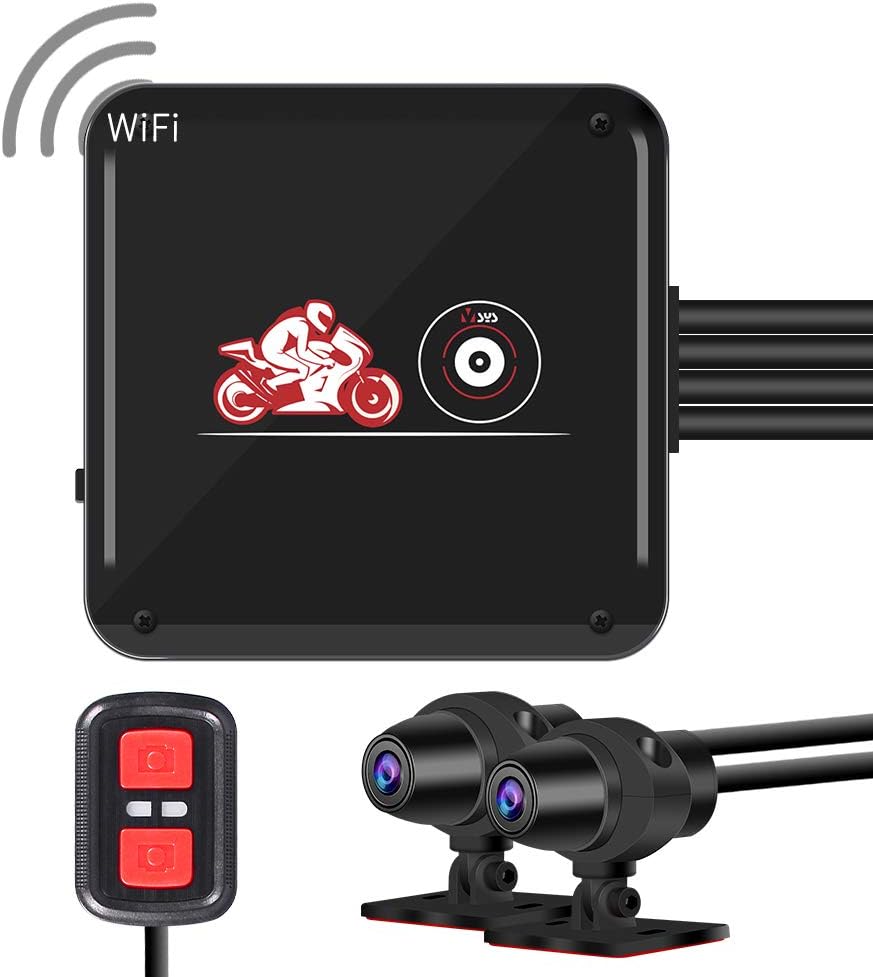 As the name suggests, this motorcycle dash cam from Vsysto does not have a monitor screen which I guess is not much of a deal-breaker. The dual 1080P high definition camera with a Sony IMX323 sensor and six-layer glass lens shoots an excellent image quality even at low light conditions with a 140-degree wide-angle view.

What makes the Vsysto BL6 unique is the IP67 waterproof metal shell of the unit, which makes up for better heat dissipation than plastic. With inbuilt Wifi, the user can watch real-time videos, download and edit them, and share them from their smartphone APP.

The dash cam also features G sensor technology that is instantly activated in case of a collision. There’s also a manual wire-controlled remote to take pictures and videos. The maximum storage capacity is 128GB, along with an auto loop recording feature that can be set to record video at a frequency of 1-3 or 5 minutes. 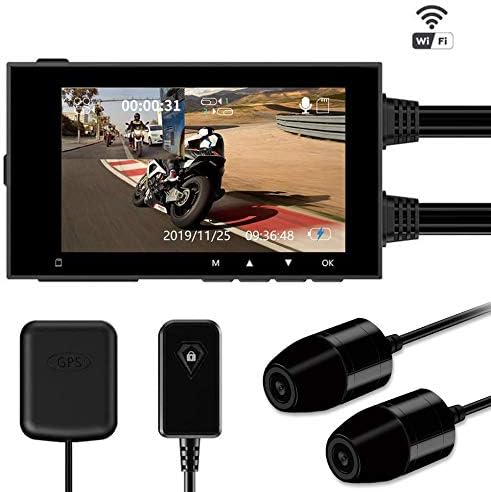 Rounding off with the last best motorcycle dash cam is the MotoWolf M6 Plus which shoots 1080P full HD videos and images with its front and rear cameras. A Sony IMX323 CMOS sensor is used with a 155-degree view angle to cover multiple lanes. Also, the F1.8 large aperture captures 30% more light for excellent night vision capabilities.

The DVR unit has a 2.7” LCD monitor, which can display real-time front and rear footage. With a built-in G sensor, the device can automatically lock the footage in case of an impact. The GPS antenna can record your riding routes and display them in the video footage.

With a dedicated mobile APP and inbuilt Wifi, you can transmit videos and images to share them on your favorite social media platforms. There’s also a wired remote controller to lock 15 seconds video and two photos, so you never miss exciting moments on the streets. Except for the DVR unit, the cameras are IP68 waterproof with excellent anti-fog performance.

Dash cams for motorcycles are wholly exposed to an open environment at all times. They should be ready to face extreme temperatures and vibrations in the outside world. The device should dissipate heat since they have to remain functioning while facing harsh weather conditions.

The whole reason to get a dash cam is to get excellent footage. Or what’s the use if you cannot identify the vehicle’s license plate or any important detail that can be used in court. Make sure that the dash cam has an excellent lens to shoot in High Definition.

Also, make sure that the cameras have excellent night vision capability and capture crisp videos/images in detail.

This particular aspect remains mandatory as dash cams for motorcycles are not like the ones in cars as they are always inside and protected from weather conditions. Motorcycle dash cameras demand to be waterproof since they have to sit right outside. Note that the DVR unit of most motorcycle dashcams is not waterproof, but it can be kept under the seat or toolbox to protect them.

The size of the cameras plays a significant role since they are exposed on the motorcycle attracting the eyes of thieves. You don’t want to get a big camera that can be easily identified; instead, it should be small as possible that is easy to hide.

Almost all the motorcycle dash cams come with their proprietary mobile APP that can be used to configure and make changes to the settings and watch real-time footage, download, and share videos/pictures on social media platforms.

To make it convenient and straightforward, most of them also have a remote controller to save videos and take pictures while controlling other functions permanently.

Few dash cams have additional features provided, which is a major plus point, such as EIS (Electronic Image Stabilization), which is quite helpful to stabilize the footage and make it smooth.

Another cool feature is the Smart Parking Mode. This technology monitors your ride when you’re away. The device detects a sudden movement or pressure and starts taking footage with its inbuilt battery.

Which is the Best Motorcycle Dash Cam?

Innovv K5 is the best dashcam for motorcycles with the excellent build quality, intelligent parking mode, is water and dust resistant, and shoots crisp day and night UHD footage. However, the Blueskysea DV688 also features all the specs suitable for a motorcycle dash cam for the best value for money.

How to test and install a Motorcycle Dash Cam?

Before installing a dash cam on your motorcycle, make sure to test the device with a USB cable. Also, please do not insert any SD card before checking whether the device is powering and functioning well.

That way, you won’t drain the motorcycle battery testing and figuring out using the dashcam. 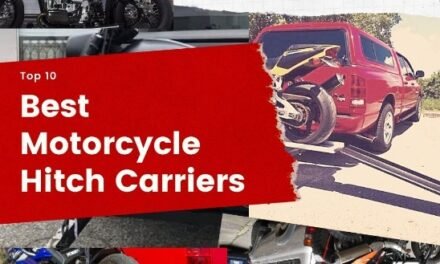 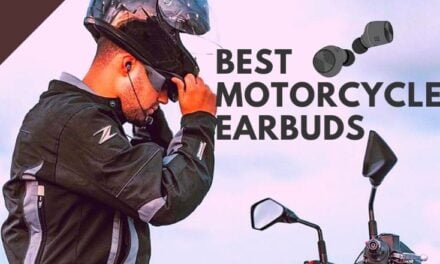 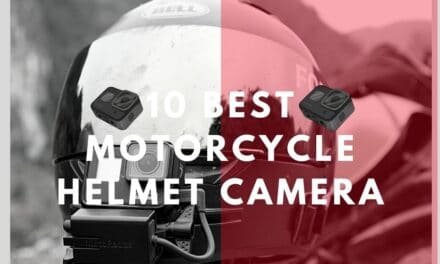