What is cc in bikes? 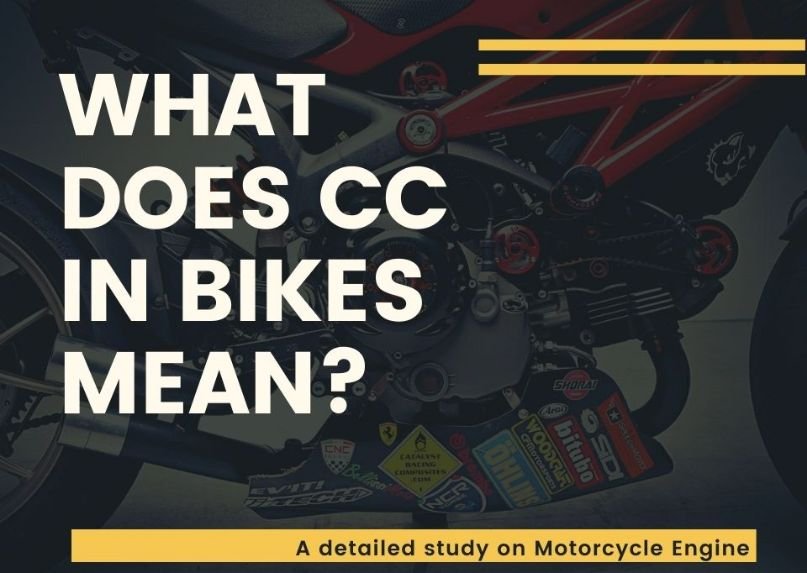 A very repeated term that often comes into our ear while discussing motorcycles is speed and as well as its link with the very popular question as “what is cc in bikes?”. Many of us do not consider the cc of a bike much and think that it is not important if we tend to buy a regular or non-fancy bike.

Cc in bikes stands for Cubic Centimeters. This is one of the engine specifications. It’s not just a bike, but any engine that has a cylinder and a piston.

So what’s the absolute engine shift? If you already know, the most popular internal combustion engines (specifically the Otto Engine) typically consist of a cylinder where the fuel is burned and its chemical energy is transformed into mechanical energy when the expanding gas of the fuel+air mixture is pressed against the piston. 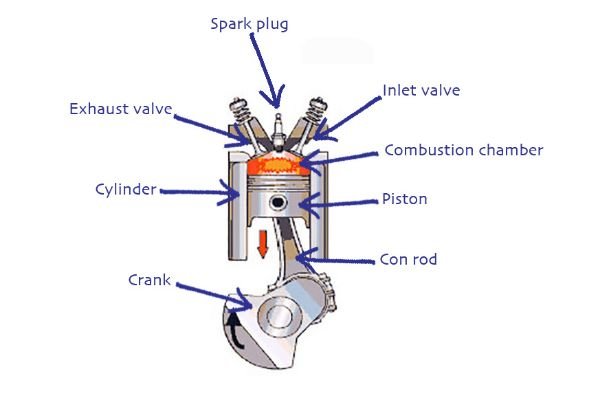 These days almost the entire youth is crazy behind motorcycles. Every person dreams of having their own motorcycle and wishes to cherish its rides. When it comes to cool and trendy motorcycles, people are always ready to spend hefty amounts of money behind them. They are heart throbbing and really good for everyday travelling purposes as well as for long trips.

Some of the bikes are average in performance, while a few others provide marvelous speed and performance. If anyone decides to choose two-wheelers as a mode of transportation then there are various things which are to be kept in mind.

In general, the size of the engine governs the fact that how robust the motorcycle will be. The purpose for which a person decides to use a bike determines which type of engine capacity they should opt for.

Hence most of us overlook it. But according to professionals, this idea is not correct, everyone should possess a basic notion regarding what cc really means in regards to a bike before the purchase. As because CC is indeed a crucial attribute in a bike it should be taken into deliberation before making a deal.

What does cc in bikes mean?

Basically, the piston moves back and forth through the various cycles of the combustion process, which, in turn, translates into the rotary motion of the crankshaft that is attached to the piston.

So if you recall the formulas for high school: the volume of a cylinder is

Where h is the height of the cylinder.

Since the engine is also a cylinder, we can use this formula to calculate how much gas the cylinder can consume, burn, and expel.

This volume correlates directly to the power that each cylinder will produce and is thus a very important factor in determining the power of the engine.

Why? And the more air the engine can carry, the more fuel can be sent in to burn, and thus more power can be produced.

In the case of multi-cylinder engines (bikes are normally one or two cylinders apart from a few exotic multi-cylinders ones), the total displacement of all combined cylinders gives you the value to be defined. 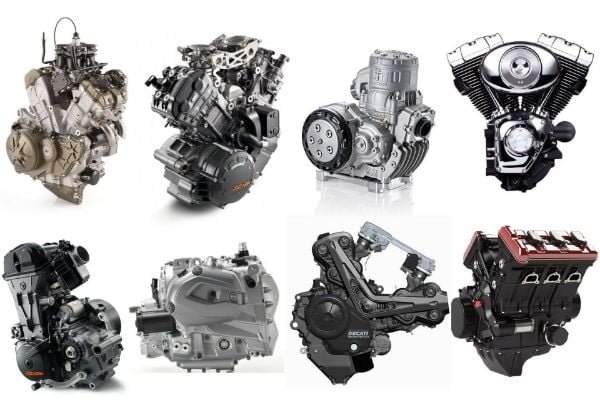 For example, if the motorcycle says its displacement is 300 CC and it has a single cylinder. Then the 300CC is completely contributed by the cylinder.

The valve closes and, as soon as the piston hits the tip, the spark plug sparks and ignites the mixture. There’s a slight blast, and it drives the piston out. The force will push the piston back up, and this time the exhaust valve will open to make sure the smoke goes out. When the piston returns to the intake valve, it will open again.

Now on to the engine displacement: this is the amount that the piston drives or moves. This volume is measured in litres for larger engines and Cubic Centimeters for smaller engines.

Normally, the higher the displacement, the more powerful the engine and the more fuel it requires. However, other variables also control engine power and rpm.

How does Engine Power affect cc in bikes performance?

Various engine outputs, such as power, torque, and mileage, are measured using engine energy. If the engine is in a higher position, it means that it will have more room within the cylinder. The amount of fuel and air within the air is always proportionate.

For example, many high engine capacity bikes support slightly higher CC’s. Co-relation of the CC’s and the mechanical power produced by the bikes.

Since the engine cylinders look like a jar, they can be of any form, like wide, but short or narrow, but deep. There are over square drivers that are generally known as short strokes or broad bores and long strokes or under square engines that are often known as the latter engines. 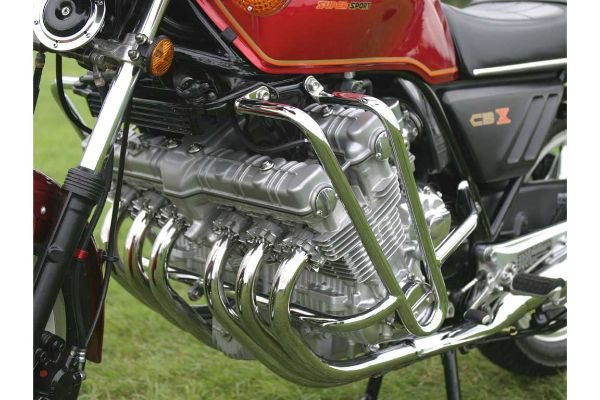 Big bores engines come with larger diameter pistons that help to move up and down at a faster speed that contributes to higher rpm because it has to travel less distance, allowing more power at higher rpm than the torque.

But when it comes to long-stroke engines where the piston is narrow compared to wide bores, it moves more vertically in one direction, which helps to generate higher torque at lower rpm.

Several outputs of the Engine such as torque, power, and mileage are estimated through the assistance of the capacity of an engine. In case if the engine possesses a position that higher, it indicates that the engine shall possess a much more empty area on the interior of the cylinder.

The volume of air and fuel on the inside air is generally in correspondence. The output of power shall be augmented because the quantity of fuel that is burning in the tank augments.

As because cylinders of an engine seems like a canister, it could turn into or be of any configuration such as broad but tiny in regards to height or tapered and deep. There exist over square drivers that in general or are usually called big bores or short strokes as well as the under square or long stroke engines that are also called latter engines.

Huge engines with bores usually come along with wider pistons which assist in operating high and low with a greater rate of speed which takes on for higher rpm as it needs to cover a lesser distance, hence it offers a superior power at much higher rpm when put in comparison to torque.

Anyways in regards to engines that are of long-stroke in which the piston is not wide like big bores, it tends to travel much more in one direction in a vertical manner that assists in making a higher torque at less rpm.

How much care is needed for a bike depends a lot on how the owner decides to use it. If one rides their bike very roughly along with tough braking, acceleration, and meaningless revving, then they obviously have to spend a lot on brake pads, accelerator cables, and busted clutch plates.

There is also going to be a lot of unnecessary spending on tyres. Whereas if someone rides in a calm and composed manner and treat their motorcycle with care and respect, the cost behind the maintenance will come down a lot and the bike shall run smoothly for a long time.

Usually, most of the engines do have a gearbox along with 5-6 ratios. Occasionally reverse gears appear on the ponderous tourers. A rider alters gears utilizing a manual pedal and clutch that is manual as well. Very recently, many bikes have involuntary and involuntary gearboxes.

As the fundamental study of physics clearly notes that energy can not be produced or destroyed, it can only be transformed. The spark plug present in the bikes is a fire in the engine and the potential energy in the fuel is transformed into thermal energy. 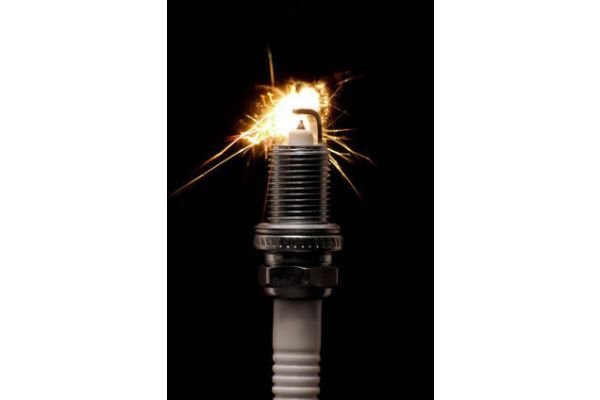 The heat energy and the resulting pressure produced by the engine force down the piston, which generates physical strength in the form of linear motion.

The Crankshaft is then used to turn this transition into rotational motion from linear motion, which rotates at a very high speed and sends this twisting force to the clutch and the gearbox, which further moderates it and sends it to the rear wheel.

Practically a 1500 CC bike can produce more than 100 CC bike strength. But 500 CC short strokes will make more power than 800 CC long strokes. The engine capacity of any motorcycle is very crucial because it unswervingly connects to the degree of power it creates.

A bike’s engine capacity is usually estimated concerning the cubic capacity. Cubic capacity, which is usually called the “cc” of motor vehicles, in general spans from 50cc to 1500cc. In fact, some also consider that the bigger the chamber on a motorcycle, the greater sturdiness it has.

The volume of a motorcycle is estimated in a similar method as the number of litres is utilized to estimate the capacity of the engine of a four-wheeled vehicle. Therefore, a two-wheeler with an engine capacity of 250cc has a capacity of 0.25 litres.

On the other hand, the engine capacity of a bike also performs an important job in evaluating various outputs of engines such as power output, mileage, and torque.

The capacity of the engine refers to the volume/space accessible in the interior of the tank to hold up the mixture of fuel and air for purpose of burning. The larger the cylinder size, the better and more mixture it can hold up.

Bigger bikes possess larger containers in general which is why they tend to provide a better amount of power and possess larger space for fuel. That is why it is considered that the more the capacity of the engine, the more fuel bill you generate. In general, engines whose capacity is compact are had better efficiency and provides better mileage for each litre of fuel.

To conclude, it can be said that the engine of the bikes which provides superior mileage usually fall in the category of around 100 to 180cc.

The engines that fall in the range of 110cc to 180cc tend to provide the best mileage, on the other hand, the engines which have a capacity of around 150cc to 200cc provides average mileage figures. The engines whose capacity ranges from 200cc to 500cc gives a bit of poor mileage and the engines whose range is above 500cc offers the very poor or least mileage.

Hence, at the time of purchasing a bike, it is very crucial to consider its engine capacity. It can be very helpful in saving money for fuel and the bike’s cubic capacity gets to determine the mileage of the bike as well. It is important to understand the actual purpose or need of the purchase so one can make a wise decision. 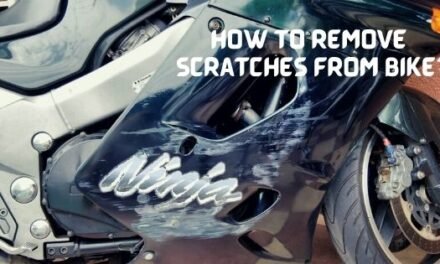 4 Ways on How to remove scratches from bike 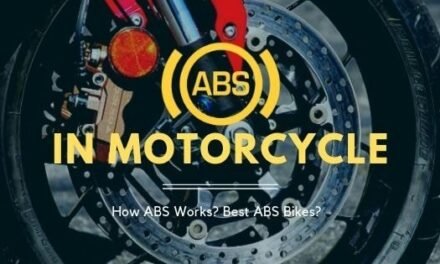 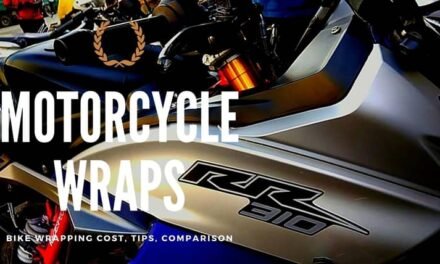 How much does bike wrapping cost in India?

Living in the Shadow #streetbikersworld #xpulse2